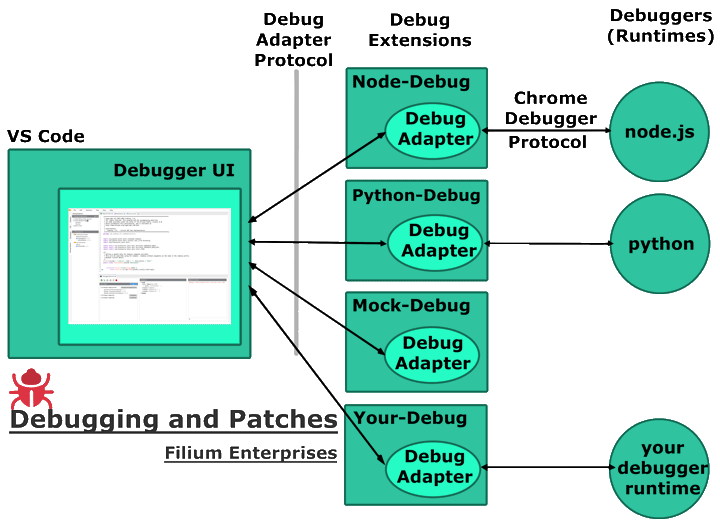 
Writing a program is one thing, removing errors, whether it is syntaxial, semantic, logical, run-time, etc. and maintaining the viability of the code with the test of time, nurturing the ever-growing client demands and needs, is another. Debugging is an important procedure in any new programming or equipment improvement process, whether a business item or a venture or individual's applications. Hence, it is more than essential for a company to have a very efficient debugging algorithm along with the program itself. Debugging is crucial in every program, it just cannot be unnoticed.

As time passes and the functions expected from the same lines of codes change, you cannot just start from scratch to implement all

the new demands. Hence, Patches are released by our company on regular intervals fixing bugs and User Interface flaws. Patching is the process of repairing system vulnerabilities which are discovered after the infrastructure components have been released on the market. Patches apply to many different parts of an information system which include operating systems, servers, routers, desktops and many other components that exist within the network infrastructure. The number of patches which are required on a consistent basis can be overwhelming. This is why Filium Enterprise has devised a patch management process to ensure the proper preventive measures are taken against potential threats.

Debugging and Patches in Filium Enterprise
Here at Filium Enterprise, the debugging User Interface is developed in Visual Studio. The code is then distributed among various DEBUG EXTENSIONS, through the DEBUG ADAPTER PROTOCOL, namely-
>NODE-DEBUG
>PYTHON-DEBUG
>MOCK-DEBUG
>YOUR-DEBUG

The NODE-DEBUG EXTENSIONS runs the DEBUGGER in node.js (JavaScript) in runtime.This is done through the Chrome DEBUGGER Protocol itself. 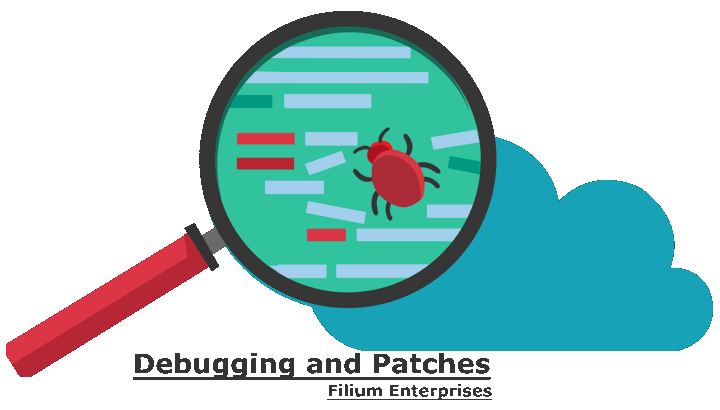 As an asynchronous event driven JavaScript runtime, Node is designed to build scalable network applications. In the following "hello world" example, many connections can be handled concurrently. Upon each connection the callback is fired, but if there is no work to be done, Node will sleep. The code snippet is used in Visual Studio to run as a DEBUGGER and find out the bug in the program.

The PYTHON-DEBUG extension runs the DEBUGGER in python in runtime. Python is an interpreted, high-level, general-purpose programming language. Created by Guido van Rossum and first released in 1991, Python has a design philosophy that emphasizes code readability, notably using significant whitespace. It provides constructs that enable clear programming on both small and large scales. The code snippet is used in Visual Studio to run as a DEBUGGER and find out the bug in the program.

YOUR-DEBUG passes the code through the Debug Adapter in to your DEBUGGER's runtime. The bug is speckled in the program and necessary edits are made.