Along with coding out the desired product, it is also important to run multiple test and perform Quality Analysis sessions to find loop holes, in order to bring the product to its maximum possible capabilities. Here at Filium Enterprise, we make no exceptions for our products and to attain all-out performance and accuracy, testing and Quality Analysis is done vigorously.

elements in the product and produces near perfect results.

SYSTEM TESTING is a level of software testing where the complete and integrated software attained after Unit Testing is tested and validated for perfection. The purpose of this test is to evaluate the system's compliance with the specified requirements. System Testing is the third level of software testing performed after Integration Testing and before Acceptance Testing. Filium Enterprise's Testing team has an excellent System testing algorithm for better product reliability.

RELEASE TESTING is testing a new version of a software (project or product) to verify, that the software is releasable. Here at Filium Enterprise, testing of the release product is how we ensure the end product that our clients are going to use is user-friendly and efficient when it comes to performance. Our team at Filium Enterprise develops a pre-release plan before product releases for better management of the various tasks required to be fulfilled when we release a product to our clients. This is the task accomplished by Release Testing and Filium Enterprise pulls this off very competently.

Filium Enterprise runs STATIC TESTING to check the codes and algorithms involved in the program or product to be published without exactly getting into runtime. Static testing is a software testing method that involves examination of the program's code and its associated documentation but does not require the program be executed. Our team at Filium Enterprise runs static tests by verifying various smaller but important tasks such as code analysis, where the source code is examined for better optimization and efficiency, inspection of code for error elimination, code reviews to check validity of written code and reviewing it, and also walkthroughs to summarize overall experience of working with the codes.

Here at Filium Enterprise, code is also tested in run-time while the 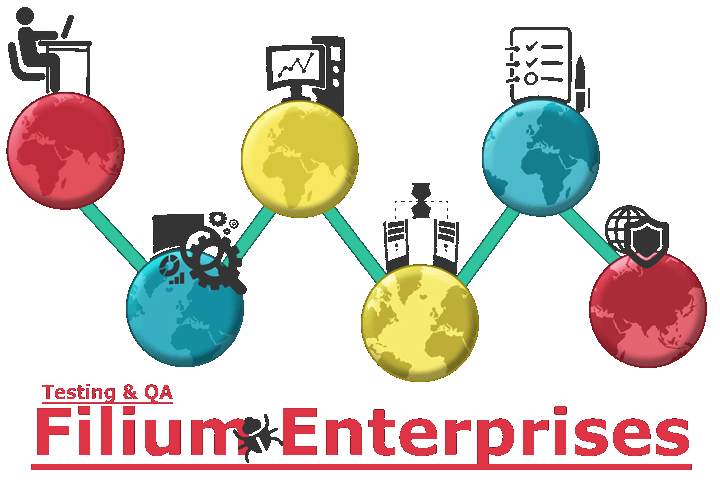 program runs to point out various errors and other scopes of improvisations. Dynamic testing is a term used in software engineering to describe the testing of the dynamic behaviour of code. Dynamic analysis refers to the examination of the physical response from the system to variables that are not constant and change with time. In dynamic testing the software must actually be compiled and run. Our testing team at Filium Enterprise has experts working with the software, giving input values and checking if the output is as expected by executing specific test cases. This is done manually by some of our team members and also, various algorithms are also used to test the program for validity and efficiency in run-time (while the program runs).

Filium Enterprise also processes its products through FUNCTIONAL TESTING, where system is tested against the functional requirements/ specifications of day to day client demands. Our team at Filium Enterprise tests these functions by feeding them input and examining the output. Functional testing ensures that the requirements are properly satisfied by the application. This type of testing is not concerned with how processing occurs, but rather, with the results of processing. It simulates actual system usage but does not make any system structure assumptions. Filium Enterprise also operates its products through NON-FUNCTIONAL TESTING which checks non-functional aspects (performance, usability, reliability, etc) of a software application. It is designed to test the eagerness of a system as per non-functional parameters which are never addressed by functional testing.

At the final phase of testing, Filium Enterprise inculcates USER ACCEPTANCE TESTING (UAT). During UAT, actual software users test the software to ensure it can handle required errands in real-world scenarios, according to specifications. Filium Enterprise considers UAT to be one of the final and most critical software project procedures that must occur before newly developed software is rolled out to the market. UAT is also known as beta testing, application testing or end user testing. User satisfaction is of utmost importance for Filium Enterprise, and UAT helps achieve that. Similarly, Filium Enterprise also runs BLACK BOX TESTING, also known as Behavioural Testing, in which the internal structure/design/implementation of the item being tested is not known to the tester. These tests can be functional or non-functional, though usually functional. This method is got its name from the analogy that the software program, in the perspective of the tester, is like a black box; inside which he/ she cannot see.

Testing and QA is how Filium Enterprise ensures its customers a reliable product which has gone through multiple screenings, tests and qualitative analysis, so they know it is worth their interest.